Lyra is a normal teenager studying in a normal school, with a normal family and a generally normal life. One day she finds out that she’s actually adopted, and that she’s not human after all. In this world and time, Monsters may be pretty common, but they’re still Monsters, so Lyra gets shipped off to Munster Academy, a renowned Monster school in their area. There she meets a fellow werewolf, Maiko, and a pompous bratty vampire, Bryce. Join Lyra as she gets used to her life in a new school, with new friends, and a new set of challenges for her to overcome. 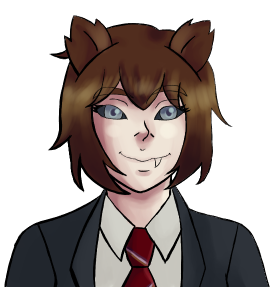 LYRA
Lyra is a werewolf born and raised in the human world. Quite reluctant but very excited to experience her new life as a werewolf, Lyra enters Munster Academy with a determined spirit.

MAIKO
A werewolf who studies in Munster Academy. Due to their similarities, he and Lyra strike up a loyal and beautiful friendship.

BRYCE
A spoiled vampire who loves picking on other Monster races. Bryce thinks that all other races are inferior to the bloodsuckers, especially shape-shifters… like werewolves.

This game was created in a week for the game jam Monster Mash 2014.
Check out Munster Academy’s game page here in itch.io! 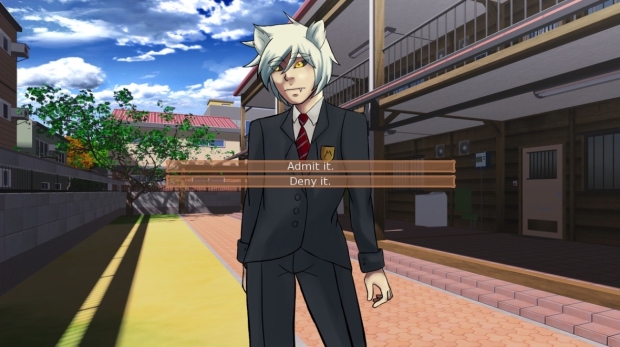 Thank you so much to everyone who downloaded and played this little game! We really appreciate it so much. Leave some comments? Feedback? Thank you!
And now, for a simple poll. :3

Update: It’s week 4 and we now have 1,200+ downloads. Yay! Thank you so much for playing, we really appreciate it!

SheeplyWolf did a Let’s Play of Munster Academy on Youtube! Check it out here:

Welcome to my site and I hope you enjoy your stay!